I've been playing around with RPG Maker

Before I begin, if you're going to come here to tell me that it's not a REAL game engine etc etc, you can just leave now. Because I don't care, and I'm not interested. I'm just having a bit of fun.

As the title suggests, recently I've been playing around with RPG Maker VX Ace. I've always been a very visual learner, so this program has been perfect for me. The program provides the graphics too, which is even better.

I started off by making a very simple map. 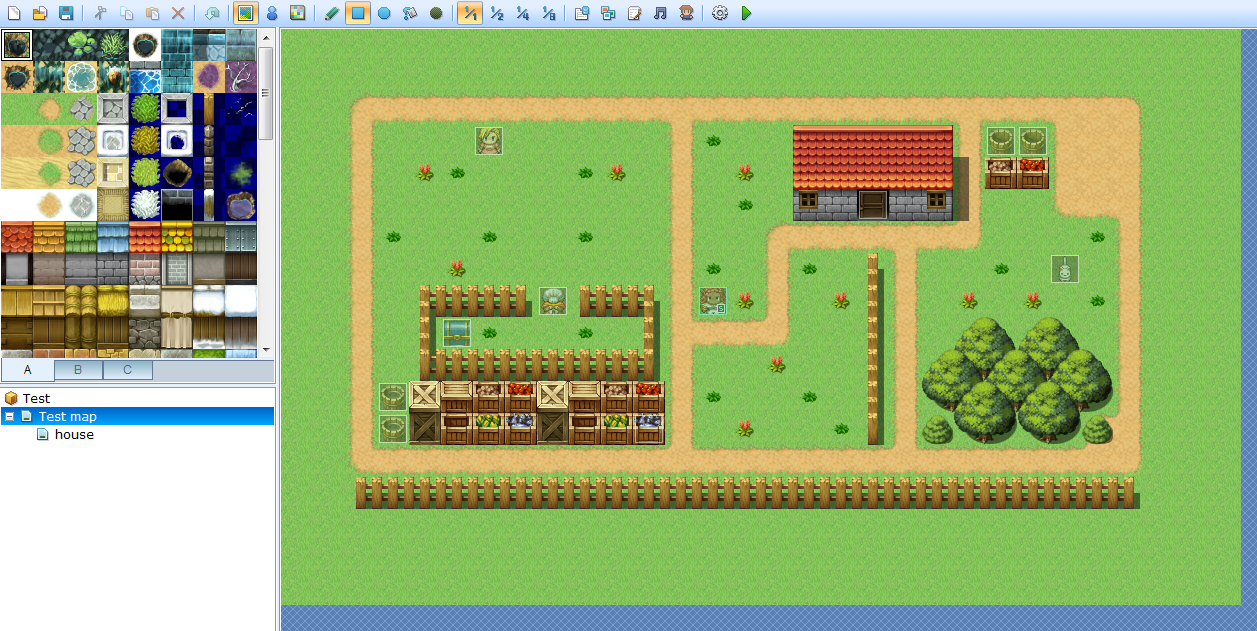 An NPC came next. She may, or may not be, Taylor Swift. Initially, all she did was wander around saying "I'm Taylor Swift". Kinda boring.

Then, I added a house. This took a little bit longer to make, but I think it looks quite cute. 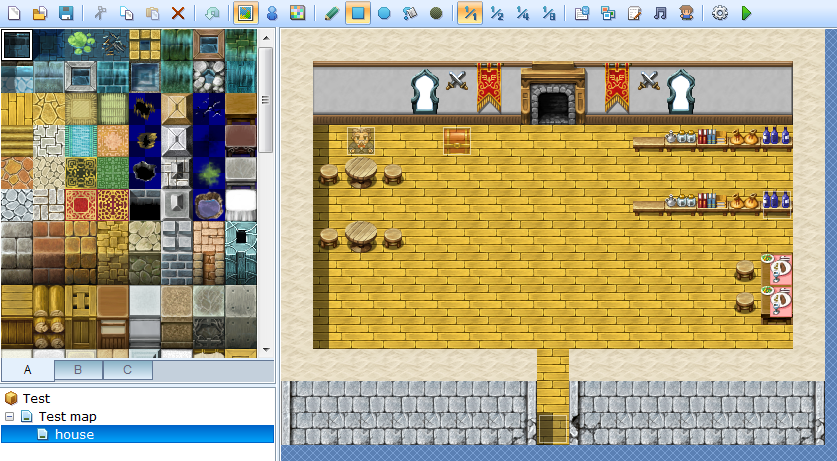 Using the "quick event" function, I added a treasure chest. It felt a bit cheaty at first, but then I realised it gives you all the code (RPG Maker uses Ruby, I believe). So I started taking that and applying it to other events, like barrels. 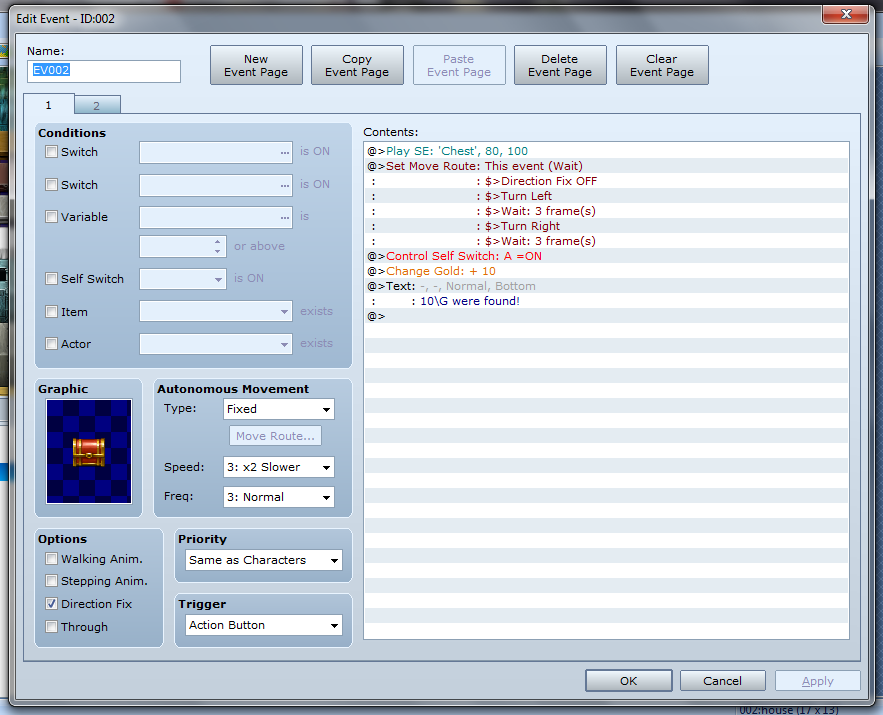 Adding treasure chests gave me items, so it was time to make a simple fetch quest. Taylor Swift needs a potion! (In retrospect, I should've said it was to mend her broken heart... ah well.)

It started off with her simply taking the item from me if I had it in my inventory and giving me some gold, but then I added in a Yes/No option. It's starting to look like a real game! 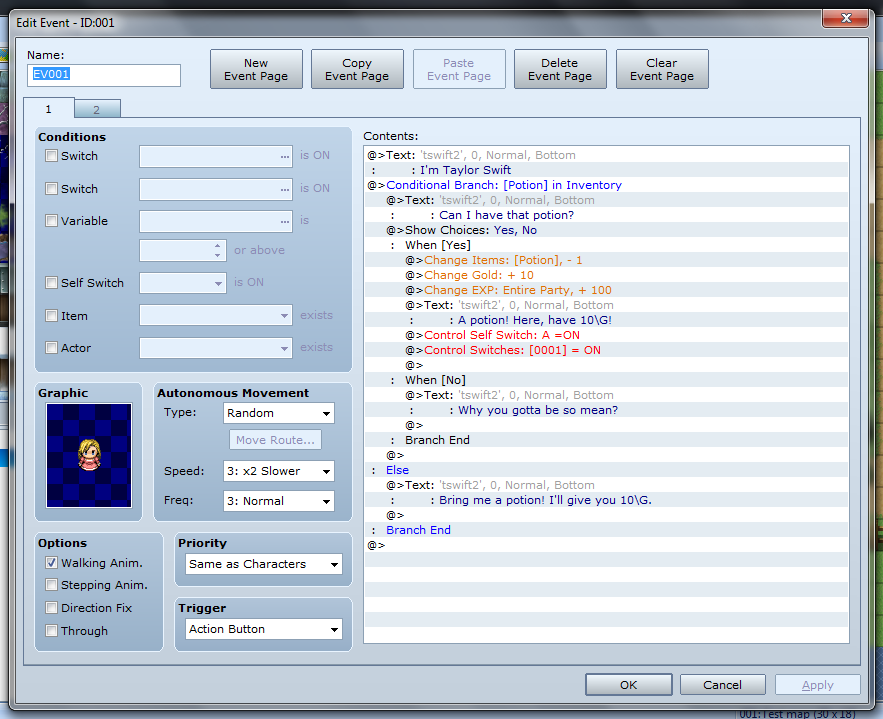 Next came adding a conditional branch. There's a chest in there, but some lady is blocking it. I need to complete the quest for Taylor first. Seems fair enough. Just need to find that potion.

Long story short, here's a quick video of what I've made so far! (Apologies for crappy quality etc, I'm still trying to figure out which capture software I like best)


Basically, I'm having fun with this program! I have some fun ideas for other games I want to create with it, and I'll probably keep adding to this one and see what it turns into. Hopefully I'll be able to show off something cool I've made in Python soon, too.
Posted by Sophia at 09:32 No comments:

On falling back in love with Nintendo


A few months ago, a late-night grocery run in Tesco resulted in us coming home with a Wii U. We bought the bundle with Mario Kart 8, and an extra Wii U Pro controller. It was kind of impulsive, but I've certainly had no regrets.

My love for Nintendo probably started with the GameBoy. I didn't own one, but my best friend did. I borrowed hers as often as I could. I mostly played Pokemon, but I don't think I was particularly good at it. It didn't matter, though. I was hooked.

One Christmas, Santa brought me a GameBoy Advance and Warioland 4. I still have such vivid memories of playing that game, and it brings a smile to my face.

My collection of games (and Pokemon) grew. I was basically never looking up from the screen. Of course this only became more intense once the DS came out.

Long story short, I eventually fell out of love with Nintendo. I was busy with school, games were getting way too expensive, and to be honest, I was pretty bored of Mario. It just wasn't doing it for me any more.

For a while, I was so sceptical of Nintendo in general. Their determination to do things their own way had clearly not been working, and I didn't want to buy a whole new console just to play the games from the franchises I love. I turned to Xbox and PC, and I thought that would be it. Until the late-night trip to Tesco.

Okay, so I've been making it sound as if I turned up at Tesco and went "FUCK IT", but really, I'd been thinking about the Wii U for a long time. Nintendo's display at E3 2014 REALLY impressed me. The announcements from Nintendo stuck with me the most. So many of the displays left me thinking "I need to play that game!" In particular, Captain Toad and Yoshis Wooly World, but obviously not forgetting that open-world Zelda announcement, and Smash Bros! And Amiibo! There was just so much that piqued my interest.
So buying a Wii U just felt like a good choice. How else would I play all those games?

The Mario Kart 8 bundle is basically fantastic. And the fact that Nintendo have hopped on the DLC bandwagon? I'm all for it! I love having new tracks come out every few months.

For someone who's never really been able to sink many hours into fighting games, I've had so much fun with Super Smash Bros. Although I will say that the Amiibos level up a BIT too fast. It didn't really feel like AI that was learning, to be honest. It just felt like a really tough CPU. But hey, they're still cute and fun and something new to play with! 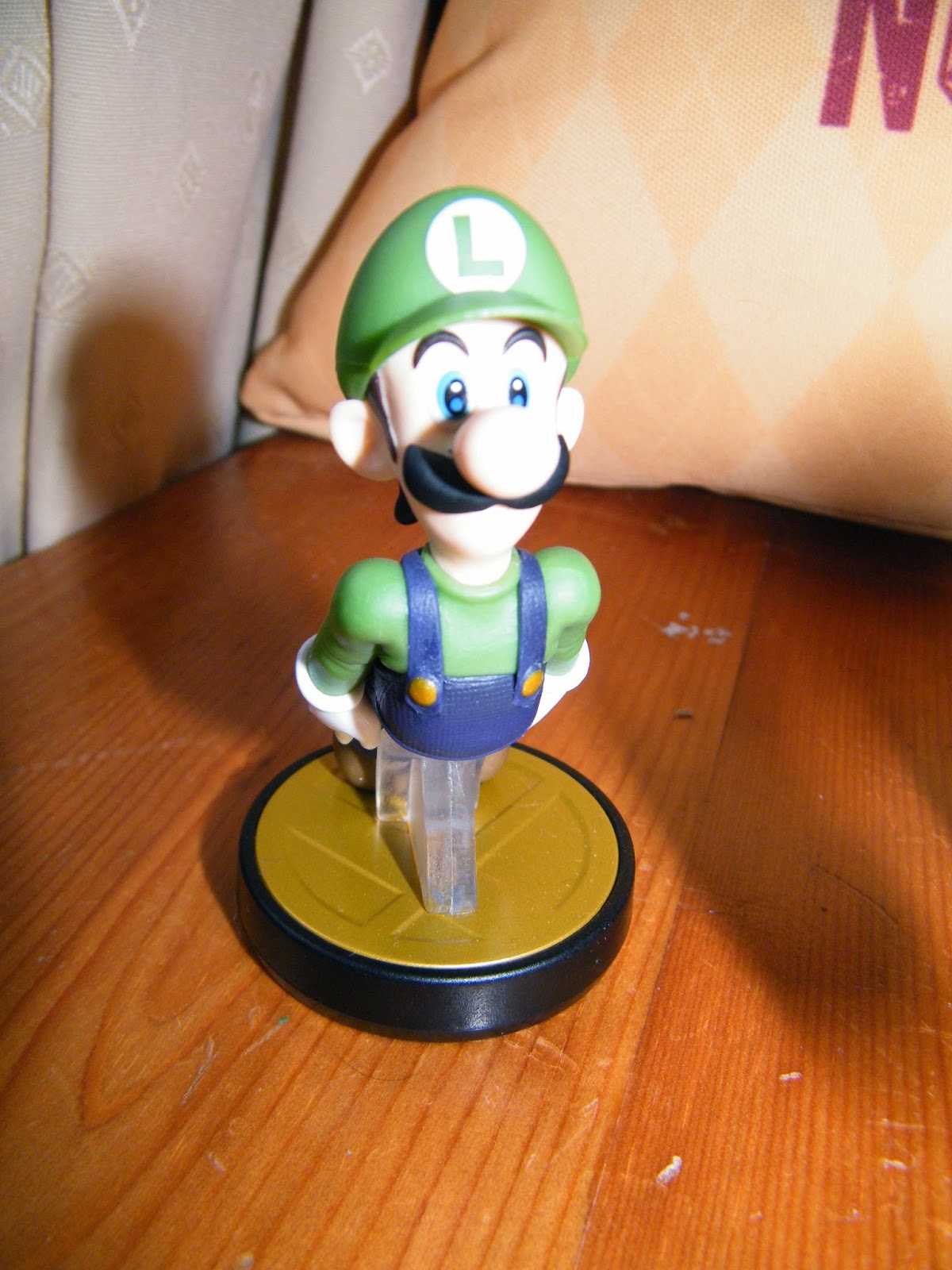 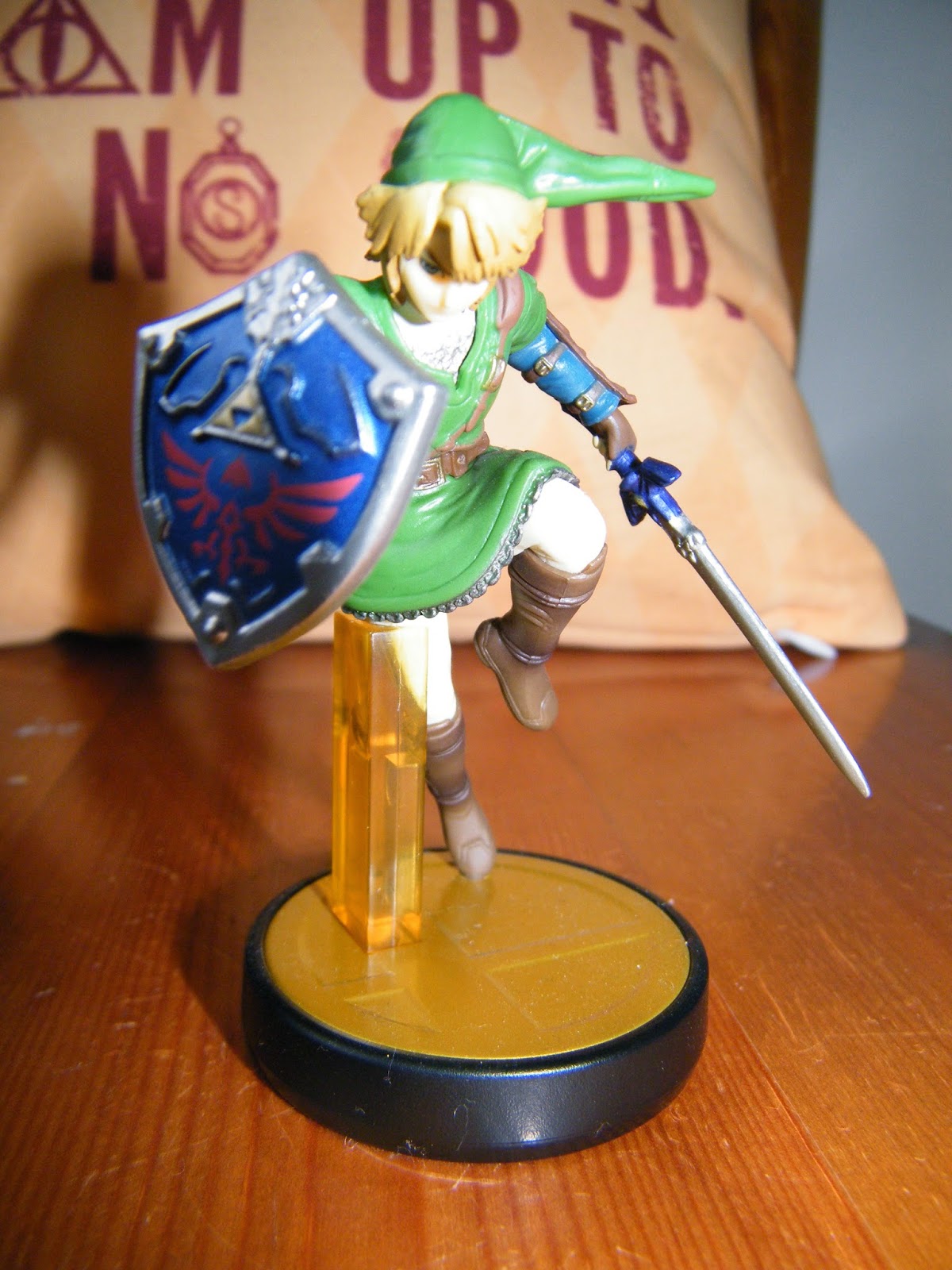 Obviously I can't forget to mention the game pad. I loved having a map of the course on the controller while racing on the TV. It's also great if you want to play Captain Toad (which is amazing) while your boyfriend is using the TV to play Xbox (or if your bedroom is conveniently placed above your living room- that game pad is coming to bed with you). It feels like somewhere between a GameBoy and an iPad.

Nintendo get a lot of stick for putting out a lot of remakes, but they're more than some new textures. For example, Pokemon Omega Ruby and Alpha Sapphire are just outstanding. I got a 3DSXL with Ruby for Christmas, and I didn't put it down for about 2 weeks. It made me nostalgic about the original, but it didn't feel like the same game. It's so much better.

As well as all the new content, Nintendo have been keeping the classics alive with the Virtual Console. I bought Earthbound, which never had a European release the first time round, so that was great. I also bought the original Legend Of Zelda for my 3DS. It's been a joy.

Nintendo also made me realise that it's okay to enjoy "lame" games. All the boys in school who said you didn't really like games unless it was a shooter were clearly idiots. It's okay to play games the way YOU want to play them, and Nintendo are the best at embracing that.

What I'm trying to say is that Nintendo have really been doing things right recently, and I hope it stays this way. Let's just say that there's far more games that I'm currently excited for on 3DS and Wii U than I am for Xbox One.
Posted by Sophia at 05:23 No comments:

2014 started in the best way. I had just left my job as a waitress, meaning I had my weekends back. New year's eve was a fairly lacklustre night on Ashton Lane, but it was new year's day that was really special. We had pub food, lots of beer, and mini musical sessions in the pubs we stopped in. Impromptu ceilidh dancing even started while we were playing. It was fantastic.

February brought my 21st birthday. I wasn't expecting much; I just wanted to have a few drinks with some pals. As I was getting ready, I opened my front door to find that 2 of my best friends had travelled half way up the country to surprise me. It was the first time I've ever cried with happiness. I was elated. I truly do have the best friends ever, and I hate that I don't get to see them enough.

A few days later, my boyfriend and I travelled to Iceland. He bought me the tickets for the birthday. The trip included whale watching, the Blue Lagoon, and best of all, aurora hunting. Probably the best holiday I've ever been on. 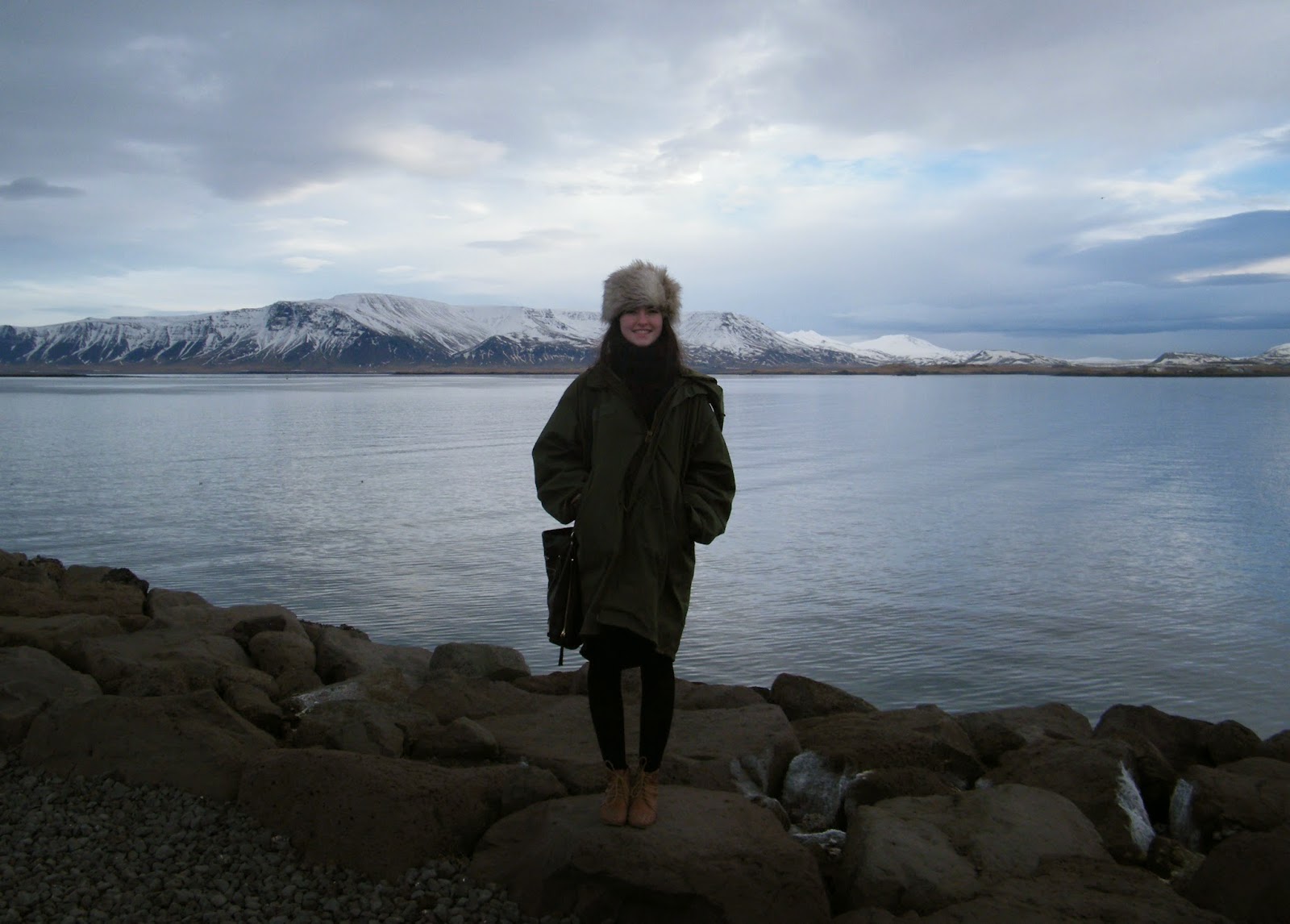 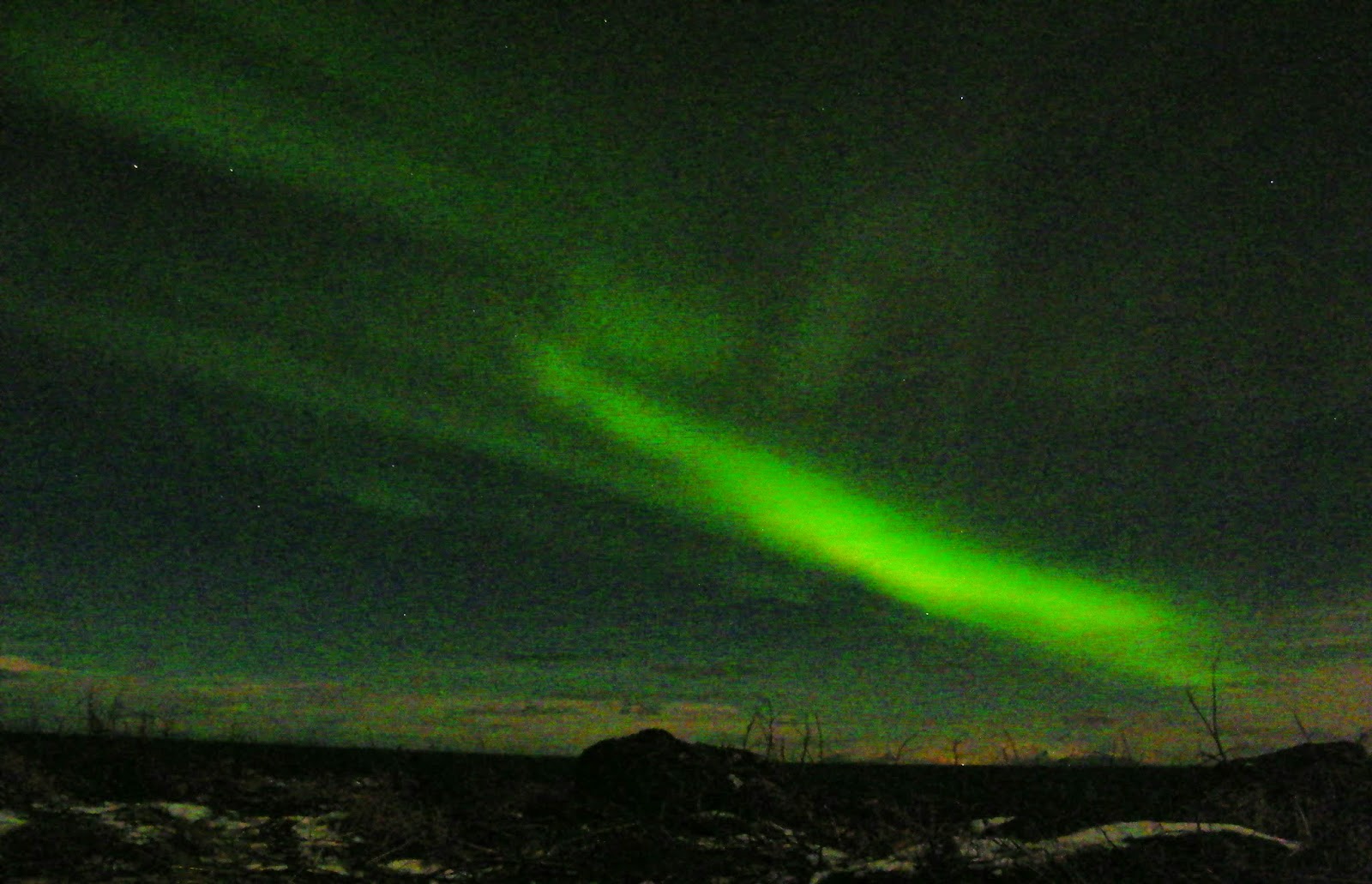 One of my final astronomy projects involved making a magnetometer to detect geomagnetic activity. Without a doubt, it was the most fun I had during my 3 years at uni. Not only did I enjoy the topic, but it felt like the work was actually worth while. This lead me to writing for The GIST, and realising that I quite enjoyed coding.

It was around this time that I realised that it was possible for me to pursue a career in video games; something which always seemed like a dream before. I'm not sure what actually made it click, but I decided to start making that dream a reality.

I still worked hard on my physics course, but I knew that it was no longer for me. I started to focus my free time on other ventures, such as teaching myself some basic coding, and creating this blog to record my progress (amongst other things).

Things started to look bad around May, when a job offer went sour, but I always have back-up plans. Sort of.

I would have probably been a lot worse off if I hadn't decided to adopt Logan form the SPCA. 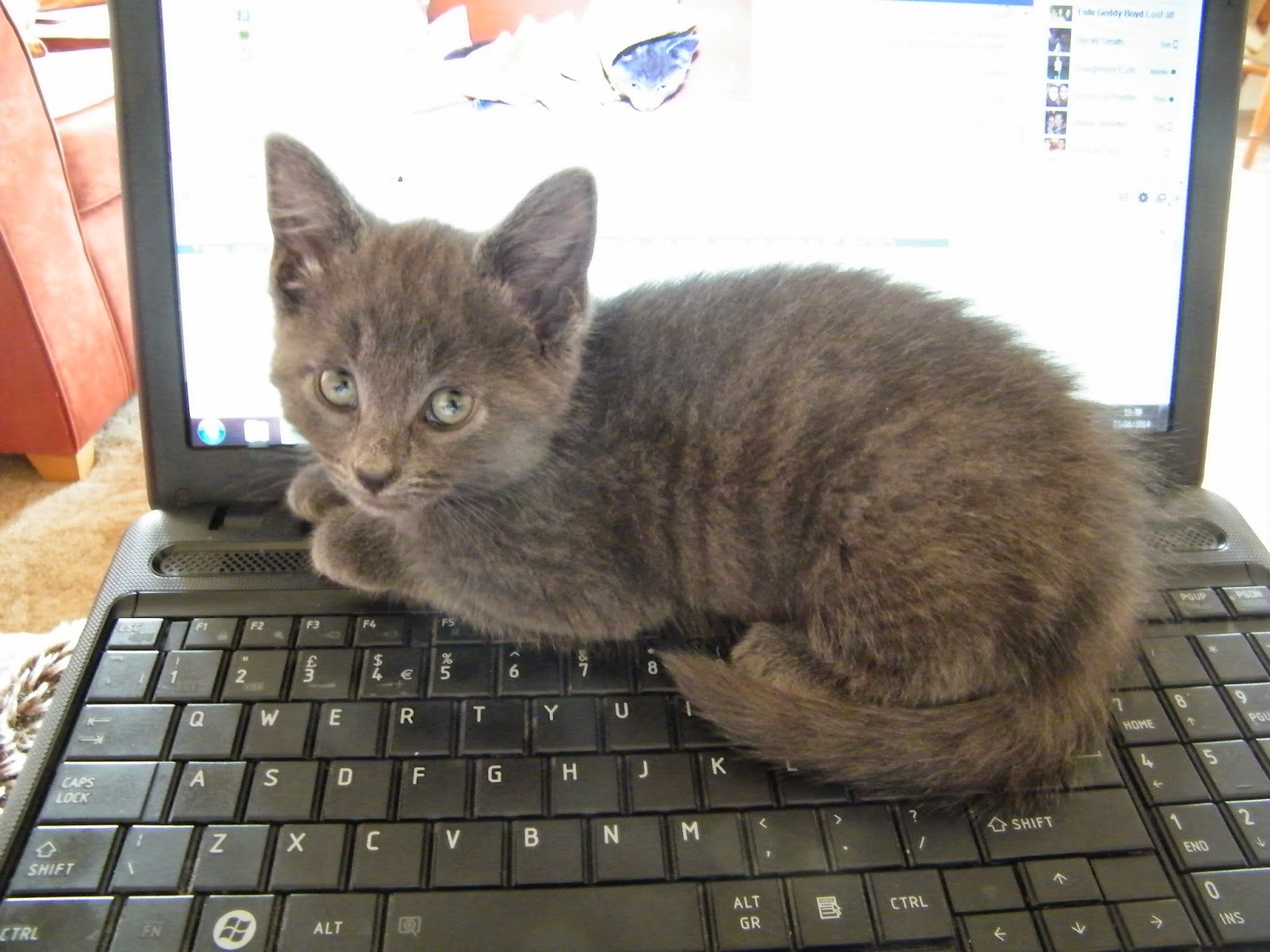 He completely brightened my life, and kept me company during my month-and-a-bit of unemployment.

After sending my CV around, I found a video game company looking for QA testers. I sent off my CV, and got a reply within 10 minutes, asking me to go for an interview. The company was based in Edinburgh. Not the most ideal for someone happily living in Glasgow, but it's not really that far, so I went.

A few days later, I got the call telling me I got the job, and I started in July.

This is it. My foot is in the door. I have a job at a game company.

Since then, the year has FLOWN by. I mean seriously, how have I been working here for 6 months?

It has been a GREAT 6 months, and the job also allowed me to relax. I've always been the type of person to over-work myself, and stress myself out, but having a job meant I could chill out a bit. (I'm still not completely over the fact that my free time really is FREE. I don't have to worry about exams or report or lab work.)

So, I caught up on games I missed while I was at uni, all while picking up fantastic experience at work. I helped the lead designer work on the matchmaking systems for the game, and I've been playing around in different game engines in my spare time (when I'm not too exhausted after work).

The work can stress me out (as I haven't completely forgotten my old ways), and the days are long, but as I said, my foot is in the door. This is all going to be worth it.

Aside from playing games, I've been getting back into painting and drawing, as these are all things that will help me make games.