Today my new keyboard/mouse arrived!
I bought the RII ProMini 2.4GHz Tiny Wireless Keyboard, because I thought it was so cute, and I liked the idea of having a keyboard/mouse combo, so I've got a USB port free. I didn't realise how TINY it would actually be!
It feels like the perfect match for the Pi, since it's known for being the credit card size PC! It's all I need for now, while I'm just doing basic commands.
So I've told myself that I won't begin playing until summer (after my exams), but I don't know how long that will last. I can't wait to get programming! I'm also really excited to try out Minecraft.

Do you have any suggestions about what I should be doing with it? Let me know :)

Review of 'Brothers: A Tale Of Two Sons'


I decided to write a review for this game because it was my favourite arcade game of 2013, and despite it winning the BAFTA for Game Innovation, I still feel like not enough people have played it.

I had no idea what was in store for me when I started this game. I'd heard Burnie Burns talk about it on The Patch, but that was about it.

The controls immediately confused me. They definitely took some getting used to, but part of the charm of this game lies in the controls. It it a good physical representation of how close these brothers are, and how they must work together.

The player controls both players on one controller. After a bit of fiddling, I learned to control them effectively if I aligned them on the sides of the screen that correspond with their positions on the controller, otherwise I'd end up with two characters wandering around aimlessly.

Despite the lack of dialogue, the storyline is very easy to grasp (through a lot of pointing at things from the various characters). It's a simple storyline that we've all heard before in many different forms. A combination of controlling both brothers at once, and the puzzles throughout the game makes a simple tale so engaging. You really want the brothers to succeed.

Puzzles along the way keep the story interesting. Each chapter is exciting and different. It's also interesting how the achievements aren't story based, which makes it possible to complete the game without getting a single G. I felt like this added another layer to the game- it was almost like little side quests throughout! They range from cute things like playing with rabbits, to very dark moments involving a man trying to hang himself.... (That wasn't really a spoiler, don't worry). I really had fun going through and getting all the achievements. (Hint: It's worth interacting with everything you see)

This game was an emotional roller coaster. Without giving too much away, there were parts near the end where I actually teared up. I don't even get like that with movies! (Perhaps that's a testament to why video games are better than movies IMO, but that would be a WHOLE different topic)

Like I said, this game was one of my favourites of 2013. I loved every second of playing. It was never repetitive or boring, and I would recommend this to EVERYONE.
Posted by Sophia at 06:35 No comments:

Another idea for my RaspPi

I was thinking about Twitch Plays Pokemon and wondering if something like that would be possible on a Raspberry Pi.

Then I thought "Hey, I want to play some old N64 games." and wondered if the Pi could be turned into an emulator.

Someone else had that idea too!

So that's another idea about what I could do... Could be fun!
Posted by Sophia at 06:27 No comments:

The first step in my Raspberry Pi adventure 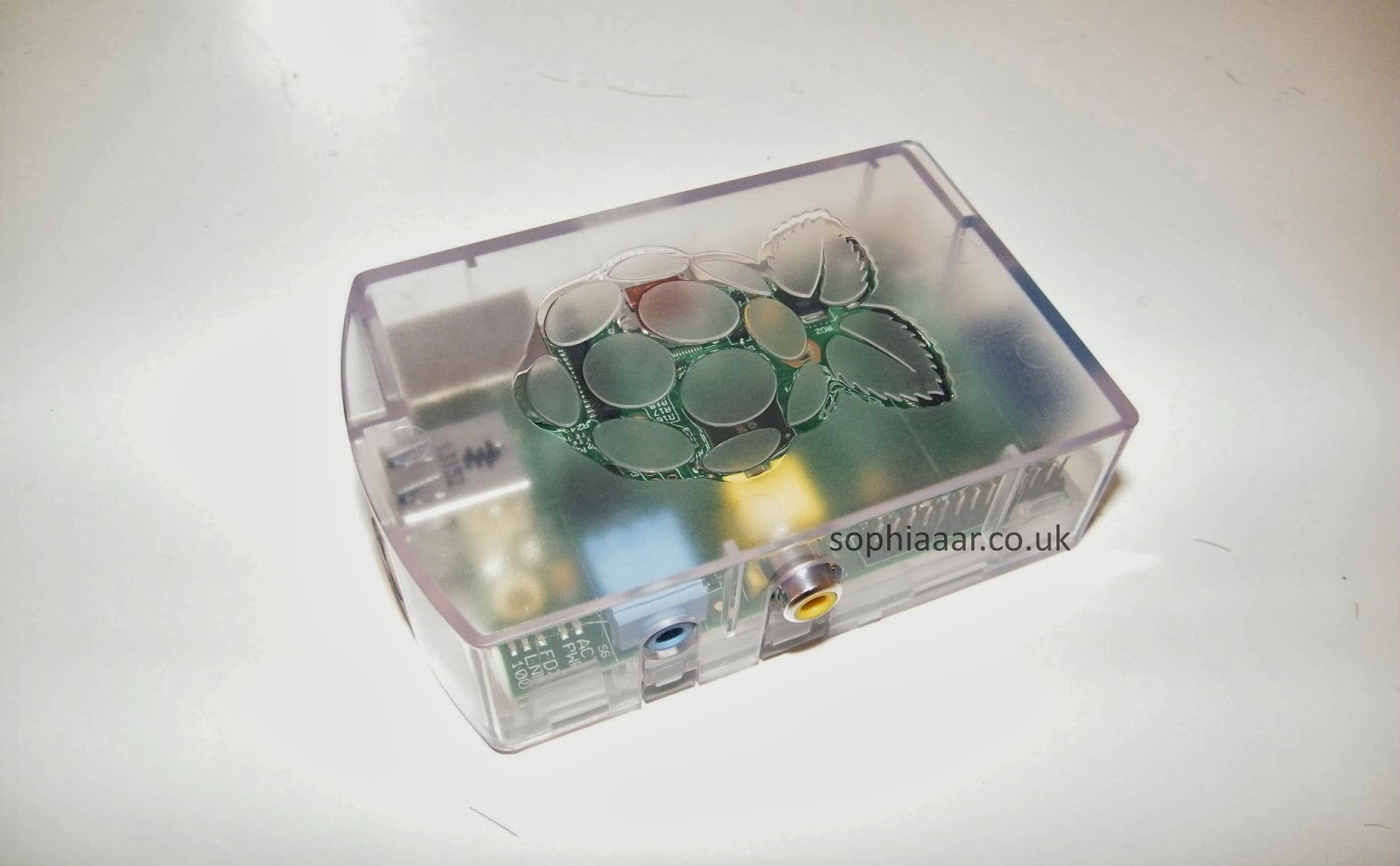 So here's my Pi in its little case. I bought a 16GB SD card for it with NOOBS pre-loaded.

But I still haven't decided what to do with it!

I briefly thought about turning it into an aurora detector. I've just built a magnetometer to detect geomagnetic storms in my astronomy lab (a slightly more advanced version of this one), and I thought I could apply the same principles here. It would be interesting, but not very interactive. It would be a case of building it, then sitting and leaving it to run. I want to be a bit more involved than that.

I've also thought about using it to build some very simple 2D games. That could be quite complicated?

Anyway, I'm not going to start playing with it till my exams are all out of the way, but that doesn't mean I can't THINK about what to do with it.

Let me know if you have any suggestions about what I should do with it!
Posted by Sophia at 05:27 No comments:

I'm doing this because I want to have a record of when good things happen, so I can look back and be happy. I also want to be able to share the good stuff with my friends in a more personal format than Facebook or Twitter.

I haven't really decided how this is going to go yet. It may be posts about a new video game I'm playing, a cool trip I went on, or a new pair of shoes. Who knows.

But it's my blog and I'll do what I want to.

For now, here's an article I wrote recently for theGIST about solar flares and the aurora. I'll maybe be doing more in the future.
Posted by Sophia at 05:39 No comments: